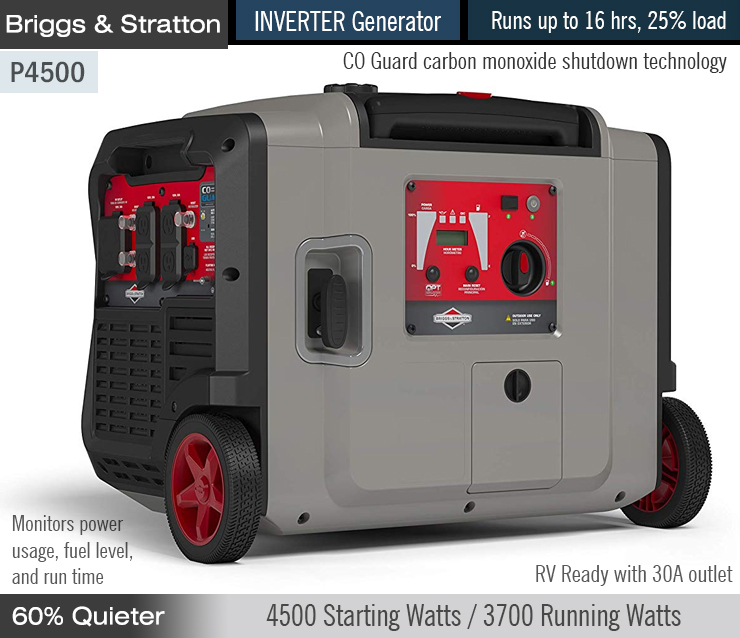 Inverter generators are fuel-efficient and quieter than traditional models. There are also noise-reducing features on these generators that make them ideal for quieter environments. Let’s look at how to choose a quiet generator for your needs. In this article, you’ll learn why inverter generators are more silent than conventional models and what you can do to increase their quietness. Let’s take a look at a few examples.

Inverter generators are very popular these days. They have many benefits, including high fuel efficiency, lightweight construction, and compact size. Fuel-efficient generators also have shorter run times than conventional generators. Conventional models require wheels and a heavy metal frame to transport. Fuel-efficient inverter generators are small and lightweight, which makes them easier to use while on the go. Moreover, they are extremely easy to maintain, ensuring you never run out of power even if the load is heavy.

Inverter generators also offer better fuel efficiency than conventional portable generators. Unlike traditional generators, inverter models are able to adjust engine speed to suit the load. This means that they consume less fuel under typical operating conditions, which translates into longer life. And because they don’t need large fuel tanks, they’re easily portable. Some models are even hand-held, which makes them easy to move from one location to another. Fuel-efficient inverter generators have a higher price tag than conventional portable generators, but they have a number of advantages over their competitors.

While gas-powered generators are more convenient for outdoor use, they are also more expensive to operate and maintain. The gasoline used is lower in flashpoint temperature than diesel, and its shelf life is much shorter. Moreover, gasoline from several years ago may contain elements that wear and break engine parts. And if the power outage is severe, gasoline stations may not be able to provide fuel. Therefore, choosing a fuel-efficient inverter generator is an excellent decision for you if you’re looking for a generator that meets your power-saving needs.

Inverter generators operate on the same mechanical principles as traditional generators – they move a rotating alternator to produce an electrical current. However, they convert AC power into DC and back again, resulting in cleaner power. This makes them perfect for power outages, outdoor events, DIY projects, and work sites. In some instances, they’re even permanent outside a business. They can backup the entire operation.

Conventional generators are not particularly quiet. A standard non-inverter model requires three-hundred and sixty-herz power. Using such a generator is highly inconvenient for a camper who needs to sleep during power outages. Moreover, non-inverter generators have a high total harmonic distortion (THD) value, which is the difference between the frequency of 60Hz and a common 100-watt light bulb.

Inverter generators can reduce noise to an extent without changing the engine speed. In fact, some manufacturers have added mufflers to their inverters. These add extra noise-reducing features to the generator, which can decrease the engine’s sound level by as much as 10db. This feature makes it a great choice for people who want a backup power source at home or for outdoor camping.

Inverter generators can also lower emissions and improve fuel efficiency. In addition, many inverters include CO safety shut-off. While they are more expensive than conventional portable models, their benefits are worth the higher cost. Many of them are also quieter than their conventional counterparts, and they are usually more portable and fuel-efficient. However, the quietness of the engine can be a deterrent to buying them.