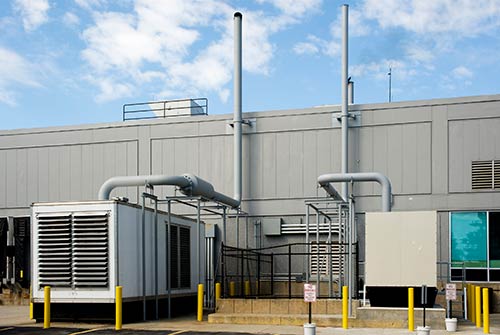 If you’re considering installing a backup generator for your home, it’s important to understand the differences between a standby generator and a backup system. A backup generator is designed to provide power during a power outage, but most backup systems only come with a few outlets. As a result, you will want to be very judicious about what appliances you’ll use in an emergency.

Cost of a standby generator

A standby generator costs anywhere from $2,000 to over $20,000 and can run all of your household appliances and air conditioning. Smaller models are designed to keep your refrigerator and air conditioner running, while larger models are designed to run your entire house. Unlike portable generators, a standby generator cannot be moved. It uses natural gas or propane from your existing line. A larger unit needs a propane hookup and is more expensive.

The cost of standby generators varies greatly, with the smallest costing $2,500 while larger models can cost as much as $15,000. The difference in cost is in the type of fuel used and the size of the generator. If you’re considering a large standby generator, remember to factor in the cost of a concrete pad. It can cost $50-$75 per square foot to install.

If you’re thinking of purchasing a standby generator, make sure you know how much electricity it needs to run your appliances. You’ll need at least 16 kilowatts of power for your appliances. The mid-range 10 to 16 kW standby generators are more than enough to run major appliances and central air conditioning, and some even work with a smart load manager. On the other hand, a small portable generator may be enough to run a few lights, a single refrigerator, or an RV.

Cost of a backup generator

The cost of a backup generator varies, depending on the size of your business and the amount of power that you use. However, the cost of not having a backup generator is much higher. Businesses can lose between three to five thousand dollars per hour in revenue during a power outage. Power outages affect the U.S. economy by causing 150 billion dollars in lost revenue each year. Of this, 75 billion dollars are due to weather related outages.

Cost of a battery backup system

The battery backup system can also be used to power your home during blackouts or natural disasters. In addition to providing immediate power, these systems provide security and stability. They also offer a means of energy conservation, which can allow you to harness solar power instead of using expensive grid power.

Lifespan of a standby generator

A standby generator can run for as long as three thousand hours if it is well-maintained. However, it should not be used for more than 500 hours per year. A battery backup system is more environmentally friendly, is easier to install, and has a longer warranty than a standby generator.