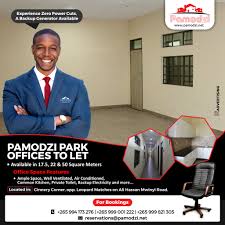 Using load shedding, a Generac standby generator guarantees power during an outage. This feature helps to lock out non-essential loads, making sure that the highest priority loads are powered. It also allows for the sequenced restoration of power to high inrush loads.

Load shedding on a Generac generator is an easy and straightforward process. A 12 volt signal is sent to a transfer switch, which will start a five minute timer. The transfer switch will shed circuits when they reach a certain capacity. After the load reduces, the switch will restart.

Load shedding is an advanced technology used by Generac to guarantee power during an outage. These intelligent controls sense voltage sags, turn off sensitive equipment and sequence circuits back on after stable power is restored.

Unlike traditional manual circuits, these automatic transfer switches use digital power management technology to manage all of the electrical loads in your home. Designed with an Overload Protection Control Board, these modules can be installed indoors or outdoors, eliminating the need for an external controller.

During a power outage, your Generac automatic transfer switch will turn on the generator. Depending on your needs, it can power your home’s lighting, HVAC, water heater and microwave. You can select which items are prioritized and which can remain on.

The control unit also includes predefined priority assignment programs. Each program specifies a specific priority value. For example, your air conditioner will be assigned the highest priority. However, you may choose to assign a different priority value.

You can reassign the priority values of your loads from the display on your transfer switch control unit. When you do this, you will need to make adjustments in your electrical wiring.

Load shedding is an important power management technology that ensures the basic needs of a home are met during a power outage. A standby generator that has this capability will not shut down until the load on the generator has decreased to a safe level.

When a power outage occurs, the standby generator will provide power to the electric loads that are attached to the transfer switch. However, if the load reaches a certain percentage, the system will automatically shed the loads.

Load shedding is the mechanism by which the system determines which electric loads are most essential and which are less essential. This will be determined by a number of factors such as altitude, the ambient temperature, and the amount of power needed by the connected loads.

The user can adjust the order of the electric loads by selecting one of the three predefined priority assignment programs. By changing the order, the user can choose which load receives the most power during a blackout.

Another feature of the Symphony(r) II Power Management system is the ability to balance the electrical load of high-wattage appliances. This is accomplished through the use of digital load modules that communicate with the load management system.

Although there are many other power management systems on the market, the Symphony(r) II is one of the most customizable. Unlike other systems, the system’s user interface allows the user to select predefined priorities assignment programs.