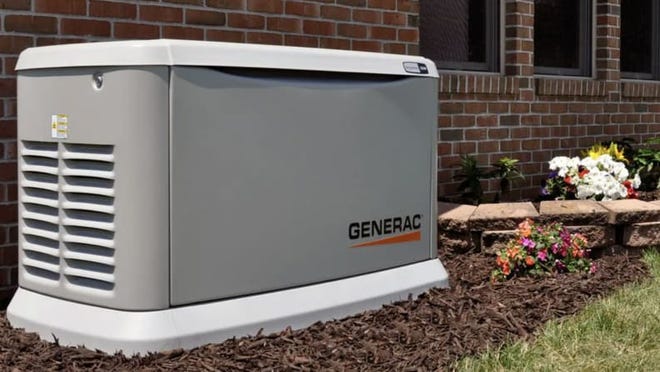 It’s important to get a backup generator if you live in an area with power outages. You can choose a standby or portable generator. They have different advantages and disadvantages, so you’ll need to weigh these factors before you make a decision. Power outages are becoming more common, and the duration of these outages will increase as grid insecurity increases and weather conditions worsen.

A backup generator can provide safe operation for your home or office during a storm or other man-made disaster. Besides providing peace of mind, it can protect your loved ones and valuables from damage or loss during a power outage. It can also allow you to remain in your own home during a storm, rather than relocating to a hotel.

Most portable backup generators have fuel tanks that can provide power for up to 7 to 9 hours of continuous operation. While this isn’t a lot of time, it isn’t enough to completely shut down your home’s electrical system. To get the most battery life and power capacity, consider buying a portable unit with a higher fuel capacity.

A portable backup generator is useful in many ways. It will help you get back up and running after a power outage. You can use it to power the lights and appliances in your home. These generators are also handy for outdoor use. They work with gasoline, natural gas, and propane. They are also quiet and safe.

Standby generators can operate for days or even weeks. They use liquid propane or diesel fuel. The fuel can be easily replenished by calling a LPG company. Both fuels are cleaner than gasoline, and they last longer. This makes them a more eco-friendly choice.

Choosing the right solar powered generator is important for a number of reasons. First of all, you should make sure that it can provide you with enough electricity for the duration of your emergency. This is measured by its watt-hour capacity. A hundred watt-hour solar generator can provide enough energy to run a large fan or portable refrigerator for up to 10 hours. Secondly, you should look at the size of the solar panel that you plan on using. A larger panel will allow the solar generator to recharge itself more quickly.

Another benefit of solar generators is that they don’t require fossil fuels. They are also becoming increasingly affordable as solar technology develops. A solar generator can provide backup power for critical appliances and even the lights in your home during an emergency. The solar panels convert sunlight into electrical power and store it in a battery.

Gasoline fuel powered portable backup generators are a popular choice for emergency preparedness and home backup power. These models are often built with four-cycle engines and run on gasoline that is as common as pump gas. However, gasoline fuel is prone to break down and oxidation after being exposed to the air for extended periods of time. To avoid this, it is important to store generator fuel in a tightly sealed container. It should also be noted that gasoline is hygroscopic and can become contaminated by moisture and microorganisms. This can damage the generator’s engine and cause it to run poorly or not start at all.

Portable generators powered by gasoline are very convenient and versatile. They can be used to power RVs, power tools, and other devices. Unlike liquid propane, gasoline is easily available at the gas station and is comparatively cheaper. In addition, a few gallons of gasoline can provide 10 to 13 hours of power. However, gasoline is highly flammable, and spills are a risk, particularly because it can ignite from the exhaust and heat produced by the engine. In addition, gasoline has a shorter shelf life than liquid propane.