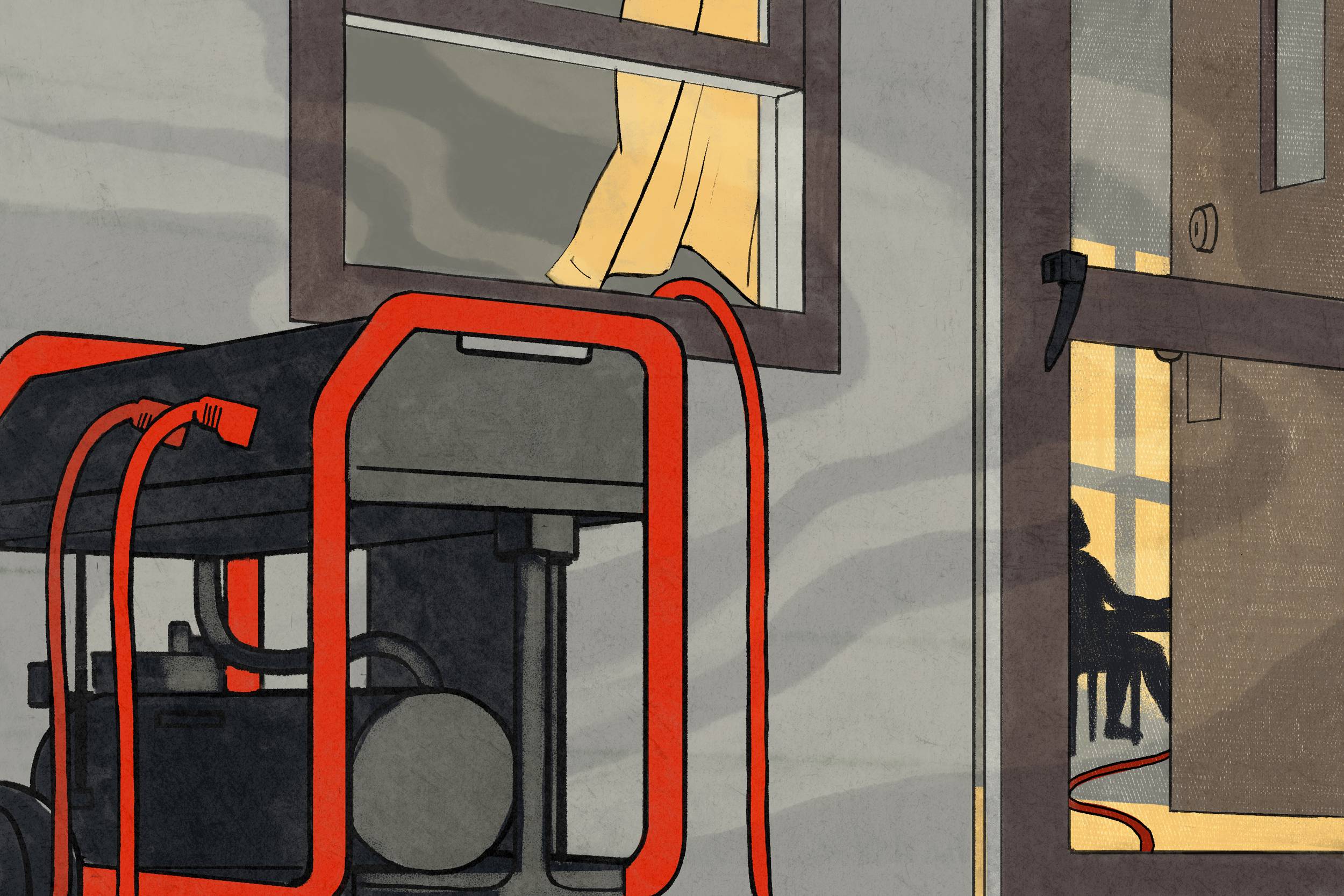 Carbon monoxide (CO) is a colorless, odorless gas that is produced by incomplete burning of various fuels. It is often referred to as the silent killer because its symptoms are difficult to detect without a functioning carbon monoxide detector. It is one of the leading causes of poisoning deaths in the United States.

Carbon monoxide poisoning from a generator can kill in just minutes. Even in a small room, portable generators can produce enough CO to kill a person. According to a recent study, carbon monoxide poisoning from a generator is a major cause of death in Americans. Currently, CO poisoning caused by generators is responsible for approximately one death every day. Those affected are usually male, and more than half are under the age of 35.

It is important to keep your portable generator outdoors when possible. Generators create carbon monoxide, a colorless and odorless gas that can be deadly. This gas is often released from generators during thunderstorms or when people use them in enclosed spaces, like their homes. Never use a generator indoors, especially if the room is not fully ventilated.

According to the CPSC, 69% of generator-related deaths occur indoors, with half of those deaths occurring in garages or homes. The CPSC is considering implementing voluntary guidelines to protect consumers, but in the meantime, it is essential that generators have warning labels. These labels are vital, as they communicate the dangers of CO to consumers.

Keeping the garage door open while running a portable generator is not a good idea. It does not provide adequate ventilation to keep CO fumes outside, and this can kill you. In 2011, unintentional CO poisoning caused 18 percent of storm-related deaths in Connecticut. This is nearly a fifth of all deaths. Never assume that you are smart enough to install a ventilation system that is not up to code – it’s easy to go wrong.

Carbon monoxide is the top concern for portable generators, and the CPSC wants to solve that problem. The agency has begun reviewing data related to CO poisoning and has begun to implement safety standards.

CO poisoning from a portable generator is a common occurrence after a disaster, such as a power outage. The CDC has developed a framework for disaster-related CO poisoning surveillance. This framework identifies factors that can increase a consumer’s risk of CO poisoning.

CO poisoning can occur indoors or outdoors. It’s a colorless, odorless gas that is deadly to humans and animals. Symptoms of CO poisoning include dizziness, headache, nausea, and vomiting. It is important to call 911 and seek medical attention as soon as possible. If symptoms do not develop right away, stay away from the affected area until the CO concentrations are below the guidelines.

In severe cases, CO poisoning can cause symptoms such as malaise, headache, chest pain, irritability, altered mental status, and coma. It can also lead to respiratory illness.