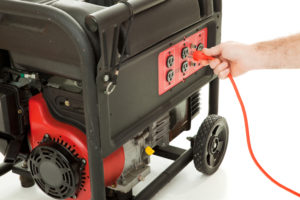 Portable generators are a popular source of backup power, especially during power outages. However, they have a dangerous side effect: carbon monoxide poisoning. Since 2008, there have been seventy-nine reported cases of carbon monoxide poisoning attributed to generators, including 47 deaths caused by the combination of the generator and another product. In fact, portable generators are responsible for 43 percent of CO-related deaths attributed to consumer products. Additionally, portable generator-related CO deaths affect African Americans disproportionately, making up 22 percent of all deaths related to generators.

Despite the widespread impact of portable generator deaths, the CPSC has been unable to enforce any sort of mandatory safety standard. While the agency has been working toward mandatory generator safety standards, it has been unsuccessful in its efforts to implement them. While the agency did not have the authority to enforce these regulations, the generator industry has allied with the Trump administration to delay the implementation of the mandated safety standard. In fact, Ann Marie Buerkle, the Trump administration’s nominee to chair the CPSC, voted against the bill. Buerkle has not commented on the CPSC’s decision.

A CPSC rule requiring portable generators to be safer has received some pushback from manufacturers. Back in February, the commission voted in favor of a standard that would force generator manufacturers to make their units emit significantly less carbon monoxide. Despite the opposition, one Republican joined the majority of Democrats in favor of the new standard. Techtronic Industries, which makes Ryobi and other popular brands of portable generators, is the first company to adopt a stricter carbon monoxide emission standard and shutoff scheme, and other manufacturers are expected to follow suit.

Carbon monoxide is a deadly gas that can kill you. It is odorless and invisible, but portable generators produce enough of it to kill you in a matter of minutes. While the Diaz family rarely used their generator indoors, they usually brought it inside their garage when they were not in use. When they left it inside the garage, the carbon monoxide slowly filtered into the home.

They fill a venue with carbon monoxide fumes

They can cause serious injury or death

The dangers of using portable generators are many, but not all of them are immediately obvious. CO poisoning, for example, is a serious health risk, and should be treated immediately. Even if CO poisoning is rare, it can still be fatal. In fact, CO poisoning has been associated with 156 fatalities. Some of these deaths were associated with outdoor generator use, while others were indoors or in structures that were not modelled by NIST. For instance, the NIST did not include deaths that occurred in campers, RVs, boats, apartments, or other structures. Although CO poisoning can be fatal in many cases, the Commission believes that fewer deaths could have occurred with reduced generator use, especially in buildings with large volume spaces.

Portable generators are a hazard to consumers and have been recalled dozens of times in the past. In 2006, the U.S. Consumer Product Safety Commission (CPSC) published an advance notice of proposed rulemaking (ANPR) to address these concerns. The CPSC joined the ANPR process and provided comment letters and information to the commission. While the CPSC does not regulate portable generators, they are considered to be consumer products.

They’re not meant to be used in the rain

The only safe way to use a generator in the rain is inside a tent. Although many portable generators are grounded to their frames, the metallic sections can retain a static charge. A short circuit can occur and an extreme electric arc can be fatal. The best way to avoid this situation is to avoid using portable generators in the rain. But if you’re stranded somewhere with no electricity, consider these alternatives.

When operating a generator outside, keep the surrounding area as dry as possible. The rain can dampen the paint or cause the engine to overheat. Never run a generator inside a shed. In addition, never leave the door open. Even if the generator doesn’t work in the rain, you don’t want to expose yourself to mold or bacteria. If you must operate a generator outdoors, don’t use it in the rain!