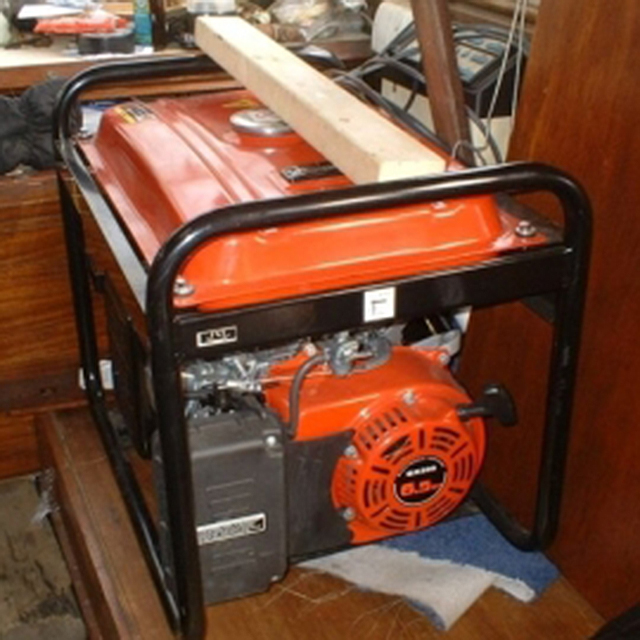 When used indoors, portable generators can be very dangerous. Proper storage and handling are essential to avoid carbon monoxide poisoning. These generators are not meant for backfeeding, as this practice can electrocute utility workers and neighbors. This practice also bypasses some built-in household circuit protection devices. If you use a portable generator in your home, always make sure that you set it up under an open canopy or dry place where it will be protected from rain and other elements.

The federal government recognized the problem two decades ago, but the process to implement regulations has been slow. The process has allowed manufacturers to evade government regulation, resulting in few or no safety upgrades. This has led to a rash of carbon monoxide poisoning deaths. But the CPSC and other safety regulators are not giving up, and are currently working on ways to improve portable generator safety.

Handling portable generators properly is very important to prevent serious injury or death. Generators produce high levels of carbon monoxide (CO), which is odorless, colorless, and extremely dangerous. If inhaled in high concentrations, CO can cause complete incapacitation and death. Symptoms of CO poisoning can include a headache, dizziness, fatigue, or nausea. If you notice these symptoms, you should seek medical attention right away. You should also contact the fire department or 911 to let them know the situation.

Portable generators are popular and useful items to have in an emergency, but improper use, installation, and operating can result in injuries and death. Common causes of these accidents include high starting currents, electrical faults, and leaking fuel or engine oil. They also pose a fire hazard. In addition to fire hazards, improperly handled generators can also cause electric shocks and electrocution. In addition, the exhaust from the generator can emit dangerous amounts of carbon monoxide, which can be deadly.

Proper storage of portable generators is important because incorrect storage can result in dangerous gas fumes, fire, or electrocution. Fuels for portable generators should be stored in ANSI-approved containers in cool, well-ventilated areas. They should never be stored near flammable materials such as wood or plastic, as the fuel can catch fire. It’s also important to keep at least 3 feet of clearance on all sides of the generator when it is in storage.

Portable generators are often used for construction sites to run tools and work lights. Although they are relatively easy to operate, it’s important to follow some safety guidelines. Even though portable generators are easy to use, improper storage can lead to electrical shock, carbon monoxide poisoning, or fire. To prevent these dangers, generators should be kept at least 20 feet away from the house and out of reach of children.

Portable generators have a hazard of carbon monoxide poisoning, which is deadly and preventable. Manufacturers of these products must attach a “Danger” label to the generator’s exhaust, and warn consumers not to operate these generators indoors. The death toll from CO poisoning has been on the rise over the past several years. In 2005 alone, 64 people died from CO poisoning related to generators. These deaths largely occurred after severe weather, such as storms. From October through December 2006, the CPSC has recorded 32 cases of CO poisoning and related deaths.

While the portable generator industry contends that voluntary standards are safe, safety advocates question whether they will help prevent deaths. A new report from the Consumer Product Safety Commission (CPSC) says that too many portable generators aren’t equipped with shut-off switches that protect users from carbon monoxide poisoning. The report also notes that only a small percentage of generators have this safety feature. The CPSC is reviewing the data and is expected to make a final decision in September.

CPSC is working to develop a mandatory standard for portable generators. But before it can take action, it must first determine that the current voluntary standard is unlikely to reduce injuries or substantially reduce the number of deaths caused by these generators. That means it may take several years until the CPSC finally implements its safety standards. At the same time, the generator industry has gained an ally in the Trump administration. Republican Sen. Bill Cassidy is the first cabinet member to support a mandatory standard for generators.